Skip to content
Home > Should You Let a Chinese Lady Pay for Dinner on the First Date?
Imagine this scenario: You’re in a restaurant with a Chinese lady whom you met on an online dating site, and the waiter brings you the paycheck. What do you do? Channel your inner gentleman and pay on the first date? Or ditch the traditional – and gentlemanly – way of doing things and insist on splitting the bill or even let her pick up the check all by herself? For a man dating young Chinese girls in the 21st century, the dilemma is all too common. In fact, the line between the two opinions is so blurred and vague that a man who chooses to pay for dinner is going to end up being called a “sexist,” while a man who chooses to split the bill may come off as “cheap.” Luckily, we asked around Chinese brides to find out how a modern man should handle this situation to avoid falling into either of the traps. So what is it? Pick up the check and pay all by yourself or “go halfsies,” as they say? 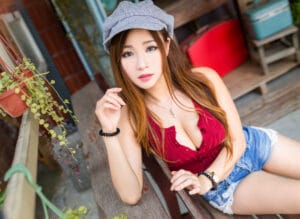 Always Pay for Dinner if You’re a Man

“I’d lose interest in a guy immediately if he had the courage to say, ‘Well, I’ve paid 50%, now it’s your turn’,” says Lydia Liu, 24. “However, it is worth mentioning that I’ve never been in one of these awkward situations.” For many single Chinese women, it is an accepted norm that men always pay for dinner on the first date. This might be difficult to hear if you’re a man who’s on a tight budget, but splitting the bill or letting the lady pay for dinner can get you friend-zoned in an instant. Chinese women haven’t been influenced by feminism and gender equality sentiments originating from the West, which is why most Chinese girls think it’s unacceptable for a woman to pay for dinner on the first date.

The One Who Asks Out Pays

“In my opinion, the one who asks another person out on a date should pay for the date,” says Li Jing, 30. “This seems fair. But since men ask a Chinese girl out 97% percent of the time, it makes sense why men are expected to pay the bill on their own.” This theory has been quite widespread among young and mature Chinese ladies who still expect men to pay for dinner as long as the man is the one who asks a girl out on a date. If the girl insists on splitting the bill, it could be wise to pretend to accept, but then somehow pay the bill all by yourself. In such a way, you’d kill two birds with one stone. The girl would feel that she did “the right thing,” while the man ends up doing the gentlemanly thing.

“We live in a world where it’s not rare for women to pay their share on the first date,” says Wang Li, 22. “I always offer to pay half and can get quite angry if the man keeps refusing to accept my money. I earn my money and I’m free to choose how I’d like to spend my money.” Yes, many women surveyed on the Chinese dating website have shared the same sentiment. It seems that an increasing number of Chinese women prefer to split the bill on a first date.

Be the Gentleman, Above All

“I’m a traditional Chinese girl who thinks that the man should always pay for the lady because it’s the gentlemanly thing to do,” says Kristina, 28. “Call me old-fashioned, but I’m all for the traditional way of doing things. That means not only that the man should foot the bill, but also that he should hold the doors for her, help her with the coat, avoid talking too much about himself, and all that…” The vast majority of Chinese ladies share this sentiment because Chinese girls tend to conform to traditional gender roles. However, it’s totally up to the man to decide how much he’s willing to spend on a girl to impress her or, on the contrary, leave her unimpressed. 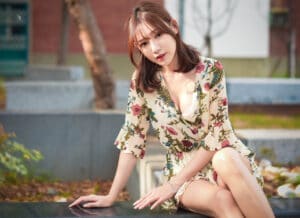 “If a man and woman have a good time together, it doesn’t really matter who pays for the dinner,” insists Liu Yang, 21. “If a woman thinks you’re unworthy to date her just because you didn’t pay for her, I think she might not be the right woman for you. After all, what truly matters is how your date went and whether you liked the other person, not his/her wallet.” Yes, this makes sense. But still, there aren’t that many women who agree with this theory. However, in some cases, just going with the flow is the right thing to do.

It’s Up to the Man to Decide

“Since men tend to earn more than women, I think it would make sense if the man is the one who decides whether to pay for dinner or not,” thinks Wang Yan, 32. “What if a man simply doesn’t earn that much to pay for both himself and his lady on the first date? Or what if a man thinks that the date didn’t go as planned and he has no intention to continue communicating with the girl? Why should he pay for her?” Many women believe it’s up to the guy to make (or not make) the gesture. If a guy can afford to pay for both, then why not? But what if the woman earns more than the man? In that case, it would make sense to split the bill. As you can see, opinions about who should pay on the first date have split. At the end of the day, it’s up to you to decide which option is the most optimal for you.

If You Want a Japanese Wife, Answer to These Six Questions First
Dating Profile of a Potential Philippina Wife Tells You a Lot About Her